Martell received an MFA in Painting and Printmaking from the University of Washington, Seattle. It was the beginning of a long and ongoing career in Washington State. She has been Artist-in-Residence at Pilchuck Glass Center, Western Washington University, and the Centrum Foundation. Awards include a Lifetime Achievement Award at the Florence Biennale in Italy; a Purchase Award from Pratt Graphic Art Center, New York; First Prize at the Seattle Women’s Film Festival, for Elle, an animated color Xerox film; and a nomination for a Seattle Neddy Artist Fellowship. Her prints were included in the exhibition “West Coast,” curated by the Achenbach Foundation, San Francisco, circulated by the Smithsonian Institution; and “Seven Washington Printmakers,” organized by Western Washington University, which toured in the U.S. and Japan.

Currently her work can be seen at the Seattle/Tacoma International Airport and in the collections of the Kobe Art Museum in Japan, Pratt Graphic Art Center in New York, and Nordstrom stores across the United States. Washington State collections include Microsoft, Gonzaga University, the Museum of Arts and Culture in Spokane, the Museum of Northwest Art in La Conner, the Henry Art Gallery at the University of Washington, and private collections.

Solo exhibitions include the Jundt Art Museum at Gonzaga University, a retrospective at the Museum of Northwest Art in La Conner, and numerous shows at Grover/Thurston Gallery, Lorinda Knight Gallery, and Museo Gallery. She has participated in many group shows, among them Prographica/KDR Gallery, Port Angeles Fine Art Center, the Whatcom Museum, the Bellevue Arts Museum, and the Anchorage Museum of History and Art.

Martell has worked as a Curator at the Cheney Cowles Memorial Museum (now the Museum of Arts and Culture) in Spokane; as a staff member at and/or, an alternative art space in Seattle; as picture editor and designer for Photography Northwest; and as a trustee on the board of Pratt Fine Art Center in Seattle.

Martell lives and works on Whidbey Island and maintains a studio annex in Seattle. 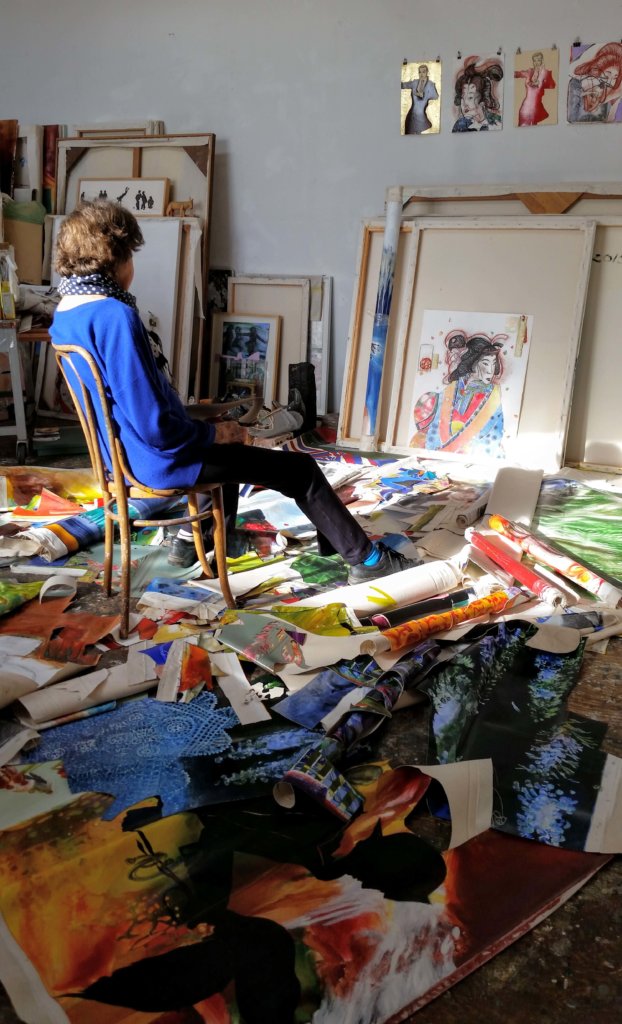